buy cipla accutane On our way back from my book signing in Indiana last week, we took a day to do some sightseeing in the state of my birth.  Why is it that when you live in a place, you never seem to find the time to visit the points of interest so close to home? 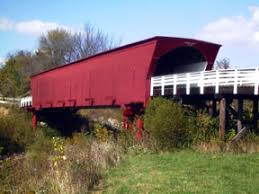 Years ago, Parke County had 52 ½ covered bridges.  (The other half of the 53rd bridge sat in Vermillion County where it crossed the Wabash River.)  Today, Parke County is a destination for tourists because of its 31 remaining covered bridges, many over 100 years old.  Twenty-one of the bridges are still in use and 10 have been retired.

Covered bridges were built in the 1800’s and early to mid-1900’s due to the abundance of timber.  Construction costs of the Parke County bridges ranged from $1200 – $8000 and it took from six months to a year to build one bridge.

The main reason the bridges were covered was to protect the wooden structures from the elements…sun, rain and snow.  They also protected people and horses and carriages from the weather.  Uncovered wooden bridges had a short life span of 10 to 15 years.  Some of the bridges we saw were close to 150 years old.

All of the bridges we visited were built with huge arches on the sides called “Burr Arches”.  The arches were bent using steam which took a considerable amount of time.  These added strength and support and were named after Theodore Burr, who is known as the Father of American Bridge Building.  He patented his Burr Arch design in 1820.

Many of the bridges were covered with graffiti and love notes, which surprised me.  I guess that’s what people do…leave their marks.  Some of the bridges had bird nests built in the trusses inside.  The 2006 rebuilt bridge was lighted and quite lovely at night.

At one of our stops for directions, we were told that Parke County is the poorest county in Indiana.  It is very rural with a lot of farmland and it is also very beautiful.  We searched all of a day and part of a night for covered bridges and got to see about a third of the 31 bridges in the county.  Although many of them were similar, each was beautiful and unique and had its own personality.  My husband and I were fascinated by them.

Since 1957, Parke County has been hosting the ten-day Covered Bridge Festival in October.  Each year, one of the 31 bridges is featured and commemorative pins, magnets and souvenirs are made for collectors and covered bridge fans.

Over two million people come from all over the world to see and celebrate the covered bridges every October.  This year’s festival, which is the largest in Indiana, will be held from October 9th – 18th.

4 thoughts on “The Kissing Bridges”