buy provigil pills So many of our holiday traditions were begun many years ago by people who had no idea that their actions would influence the behavior of future generations.  The last two days, I’ve spent Christmas shopping for my family and decorating our home for the holidays.

http://www.nadder-diary.net/13454-dte96445-new-update-on-online-dating-scam.html Today, as I found spots for our Santa Claus figurines, I remembered that December 6th is Saint Nicholas Day.  The official name is “Feast of Saint Nicholas Day” and this is an annual Christian celebration to honor the memory of Saint Nicholas on the anniversary of his death. 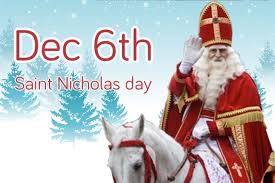 We have affectionately nicknamed our modern-day Santa Claus “Jolly Old Saint Nicholas” because he is based on the real Saint Nicholas who had a legendary habit of secret gift giving.  In pictures, he even looks like Santa Claus!

The real Saint Nicholas was born in Asia Minor which is now Lycia, Turkey, in the year 270 A.D.  His parents were wealthy and were devout Christians.  They died when Nicholas was very young and he used his entire inheritance to help the needy and the sick.

Saint Nicholas dedicated his life to serving God and to helping people.  He was named the Bishop of Myra as a young man and there were many miracles attributed to him.  Because Nicholas was well known for his generosity, his love for children, and his concern for sailors and ships, he is the patron saint of sailors, merchants, archers, children, brewers and students. 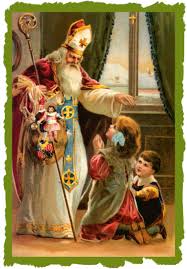 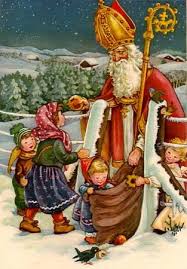 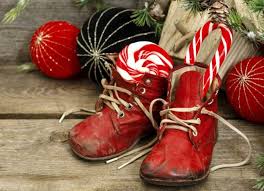 When I look at my Santa figurines now, I think of this man who lived so long ago and must have taken such delight in giving.  Sometimes the holidays can feel big and expensive and overwhelming. Hopefully, we will have joy in our hearts as we prepare to celebrate the miracle of His birth by giving to others.