useful site Those of you who read my blog regularly, may remember a post from last June called “The Golden Chairs”. http://www.walkdownthelane.com/the-golden-chairs/

what are lopinavir and ritonavir tablets used for It was about a pair of 50-year-old chairs that my parents gave me recently. They were covered in a golden fabric originally but had been recovered in more recent years in pink.  I was delighted to receive them even though they were old and stained and smelled heavily of cigarette smoke. I knew they would require new fabric and padding but it was a labor of love for me to have them redone.

It took me an entire month of working to remove the 50-year-old varnish from the wooden legs of the chairs and then I sanded them before adding three coats of new stain. After the legs were finished, I took the chairs, along with six yards of fabric, to a local upholstery shop to be recovered.

When we got the call that they were finished and ready for pick up, I was excited but a little apprehensive too. Sometimes a fabric can look different in our hands than it does on furniture. I hoped I had chosen the right colors to update the golden chairs that I had loved so much as a child.

My original “golden chairs” blog post was inspired by my cousin, Jon, who messaged me one day with some ideas for my blog. He suggested I write about finding value in some of the old and broken things in our lives.

He said, “We don’t always have to throw things away just because they are old or worn out. You have to look for the value. Sometimes things can be repaired and repurposed for continued use.” And then he added, “This applies to people too.” Just because people in our lives might be old or difficult to deal with, doesn’t mean we have to give up on them. 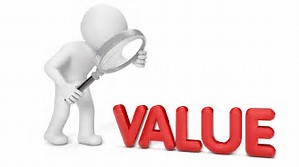 I knew he spoke from personal experience about a challenging relationship with his father. I also knew that instead of giving up on the relationship, my cousin kept trying no matter how bleak things seemed to be between the two of them. And ultimately, they reached a point where their relationship was in a good place.

Jon told a story at his father’s funeral last week about how he would practice baseball as a boy with his dad. No matter how the practice time went, his dad always made him end on a “good play” because that was the feeling he would carry with him. I’m so thankful that their relationship ended on a good play. 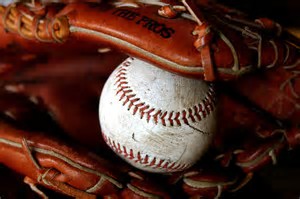 It takes real work to find the value in things and in people who may not appear to be worth our time or effort. It isn’t always easy and sometimes it may be an impossibility. But what if our efforts pay off in the form of a better relationship or a refurbished family treasure?

As we head toward the holiday season where we will come together with our families, perhaps we too, can find value in each person and in the time we have with them. There is so much divisiveness and strife in our world today.  How wonderful it would be to reach the end of the year and know that we ended our festive time with our families on a good play.

14 thoughts on “Look For The Value”