http://restiveretiree.com/ed/Ih2ywTwTr6k http://thedaringvegan.com/13327-free-roulette-games.html The majority of my blog posts are completely new and written the same day they are posted.  Sometimes however, I like to rework previous information when it is topical or especially interesting. This is a rewritten post from two years ago at Halloween so some of it may sound familiar to my regular readers.   For those of you who are new to my blog, I hope you enjoy this one!

chloroquine tablet medicine My sister-in-law likes to call this time of year from now until January, “the eating season”. Halloween candy, turkey and pumpkin pie, Christmas cookies…the food during October, November and December certainly gets my attention. On January 1st we can make our new year’s resolutions to eat less and exercise more, but for now, let’s enjoy the season!

Halloween is next week. Passing out candy to all the trick-or-treaters is one of my favorite fall activities.  Last October, I mentioned our tradition of buying full size candy to pass out on Halloween. The Sour Skittles we had last year were a big hit, so we bought them again along with Sour Patch Kids and Hershey Bars.

When I was a girl, Halloween wasn’t quite the big time holiday that it is now. You could buy costumes in the store that were made out of inexpensive fabric and had a plastic mask, but many kids just came up with their own.

I liked to dress up as a witch or a gypsy or a hobo. The gypsy costume was my favorite and it was easy and fun to put together. I would find a pretty dress (usually from my cousin’s closet) wrap a scarf around my head, wear big hoop earrings and lots of bracelets and my mom’s bright red lipstick.

Years ago, we also used pillowcases to collect our candy. Every now and then, someone comes to my door on Halloween with a pillowcase and it always takes me back. The things that were given out when I was young were a bit different too. Chocolate has always been a favorite to pass out, but we used to get a lot of apples and homemade items too. Some people would drop coins in our bags. When I was growing up, my mom always gave out homemade popcorn balls. Do people make those anymore? 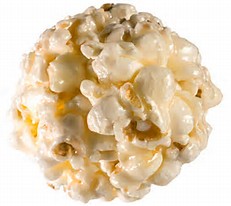 In the Middle Ages (the 5th to 15th century) in Europe, there was an early tradition called mumming. It involved wearing a costume on holidays and going door to door to perform short plays in exchange for food and drinks.

Halloween was originally called “Hallowmas” and in the 15th century it was thought that the souls of the dead roamed the earth on this night. Poor people would dress up in costumes representing the dead and visit houses to collect soul cakes in return for praying for the souls of deceased family members. This was called “souling” and was practiced in Britain, Germany and Austria on Hallowmas night. Later, children adopted this practice and would visit homes for food and drinks and coins. 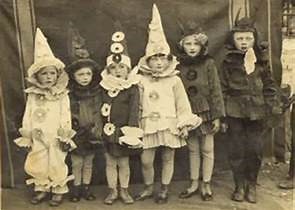 Trick-or-treating or begging on Halloween originated in England, Ireland and Scotland during the 16th Century. At that time, the tradition of wearing costumes or “guising” by children and going door to door for apples, nuts, cakes or coins was commonplace. In the early days of guising in Scotland, turnips were scooped out and made into lanterns for the guising children to carry. This may have later evolved into our tradition of hollowing out and lighting pumpkins.

Guising on Halloween is still practiced today in Scotland and Ireland, although the food received is more likely to be chocolate. There is still an expectation that the children will perform for the treats. This performance might be singing a song or reciting a joke or a funny poem. Some children take it a step further and do card tricks or play an instrument for treats. The North American traditions of saying “trick-or-treat” while guising has also become common in recent years.

Trick-or-treating as we know it has only been around in America since the late 1920’s or early 1930’s. Before that time, there were many problems with tricks and vandalism occurring on Halloween. Gates would be removed from fences, outhouses would be overturned, pumpkins would be smashed, cabbages would be taken from gardens and tossed around, wagons were dismantled or moved to other places, and house and car windows were soaped or egged.

Community trick-or-treating was organized in an effort to stop the vandalism and to make Halloween a fun night for everyone.
In some parts of our country, trick-or-treaters are expected to tell a Halloween joke or riddle or to recite a poem in exchange for a treat. In other places, people simply leave the porch light on so that children will ring the doorbell and say “trick-or-treat” for candy.

Many people decorate their yards and porches for Halloween. The best decoration I saw this year was of a blow up pumpkin Pacman trying to eat three ghosts. We couldn’t find one of those but we do  have a giant spider web out front to add to the scary fun!

Another variation of trick-or-treating that has become popular in our country in recent years is “trunk-or-treating” where shopping malls, schools or churches sponsor a trick-or-treat event or festival all in one place for families. This is thought to be safer than going to stranger’s doors and also easier for parents. 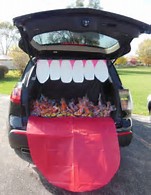 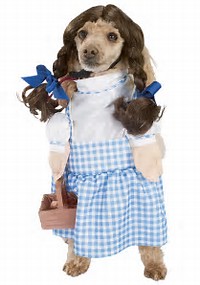 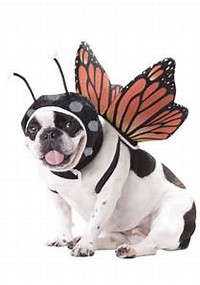 Surprisingly enough, this $7.4 billion expenditure is dwarfed by the $616.9 billion we will spend on the “winter holidays” which include Thanksgiving, Christmas, Hanukkah and New Year’s. So, Happy Halloween and happy spending!